We, humans, were fortunate enough to have a sufficing set of resources and an extremely satisfying and idealistic environment. But woefully, we have lost that treasure and indirectly put our future generations in jeopardy. This scenario has compelled us to prioritize the thought of bringing back sustainability in our lives.

Re-establishing the balance between all the existing habitats and making a cohesive environment for all species has become paramount. We have done enough damage leading to severe adversities, thus it is important to start reversing our deeds. Sustainability itself says the ability to sustain i.e. being utilized without being depleted. It is not only associated with the environment but also closely integrated into economic sustainability and socio-cultural sustainability. The concept of Re-establishing Sustainability encompasses a three-dimensional module for the wellbeing of society in terms of environment, economy, and culture.

Growing nations like India are highly vulnerable to climate change adversities. Tree cover of almost 1.6 million hectares was lost between 2001 and 2018 in India. The ideal forest cover should be 33% of total geographical land and India accounts for only 23%. According to WHO, ideal open space in cities should be a minimum of 9sq.m/ person. In the Marathwada region, only 6% land of the total land is forest cover and out of which 94% are without green cover, just barren land. If we speak about Aurangabad, It has a semi-arid climate with Air quality index accounting for 80 which is in the moderate zone. The quantum of barren land has almost been doubled since 1989 in Aurangabad. On the contrary, Aurangabad has almost 1200 open spaces reserved under civic amenities like a playground, garden, etc.

Loss in green cover and concentrated development in urban fabric is creating urban heat islands which are very harmful. Increasing green cover is an integral method in combatting climate change. Surface temperatures in urban areas can be 10°C to 20°C higher than in the air temperatures because buildings, roads, and other hard surfaces absorb and store heat. Unlike hard surfaces, trees and vegetation provide shade, and cool and clean the air by evapotranspiration. Growing forests remove vast amounts of carbon from the air and store it in leaves, branches, trunks, roots.

The growing concrete jungles need to be balanced with germinating urban forests. Afforestation and ecology conservation are two measure tools to combat global warming. Space crunch has been another pivotal issue. Miyawaki forests, a modern afforestation technique can unfold the potentials. Miyawaki is a technique pioneered by Japanese botanist Akira Miyawaki. It is a manmade dense native trees forest. The approach is supposed to ensure that plant growth is 10 times faster and the resulting plantation is 30 times denser than usual. It and becomes maintenance-free after the first three years.

The Air Quality of the microclimate can be improved. The trees planted in these forests are native and of more environmental value than aesthetics. Thus, they have higher carbon sequestration. Also, they purify the air and exhale oxygen. A dense plantation creates a buffer between forest and chaos outside. These forests have a calmer and silent ambiance accompanied by sweet birds chirping as we move through the leaves. Biodiversity provides functioning ecosystems that supply oxygen, clean air, and water, pollination of plants, pest control, wastewater treatment, and many ecosystem services. We have used 80+ indigenous species of plant which also help in conserving a variety of flora and fauna. 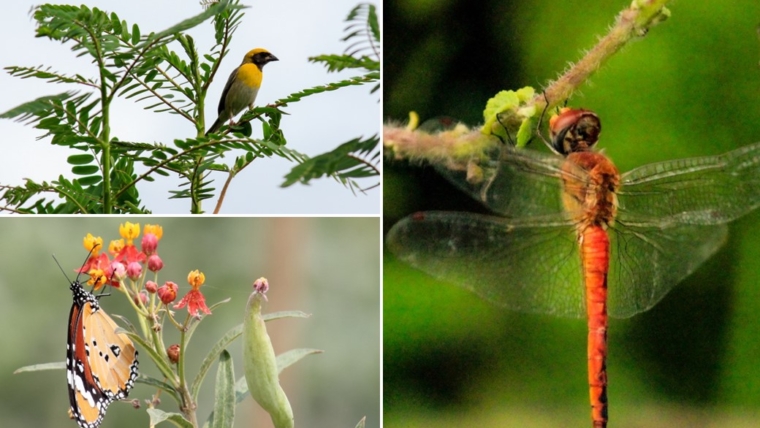 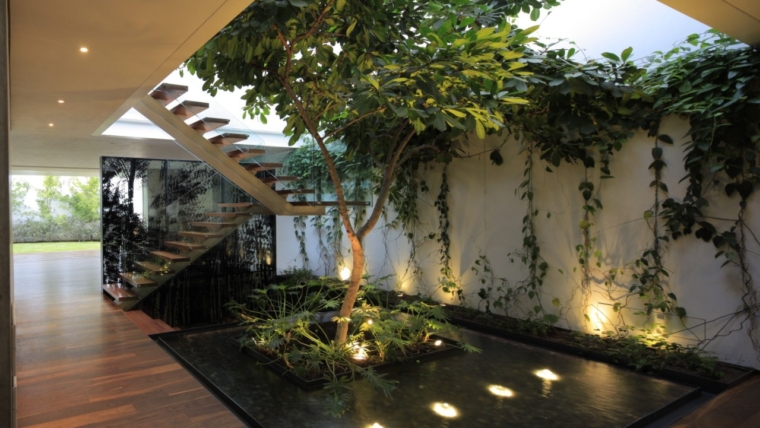